Below is a full transcript of the video.

Well, good afternoon in Southern Oregon, Alice Lema broker, John L. Scott, and today for our podcasts, we're going to talk about five things you need to know before you buy a country property. Now, Southern Oregon is famous for its country lifestyle. It's something we all really love about our area, but there's five things you definitely want to clue in on before you make a country purchase.

[00:01:06] And I know when you come from other parts of the country, people expect more like 20 something or it's not a good, well. All of these averages are regional. Wherever you go in the country, they have a little area average. In our area average is four gallons a minute, and there's no problem with that.

[00:01:22] And the lenders are fine with that too. The lender limit is three gallons a minute for an existing, well, five gallons a minute for a brand new well. So just by the way, if you already live in the country, it's not a bad idea to test your well, every five to 10 years. Anyway. Okay. So we've got, the flow, which is they turn on the wellhead, they run the water on the ground for four hours and they do a velocity test every 15 to 30 minutes.

[00:01:48] And then the average, and that's where you get your average. So when you see on a listing, when you're out, house hunting, and it says four gallons a minute, six gallons a minute. That's an average of all four hours. And you really want a test that's been done in the last six months. Do you not accept a test that is any older than one year, for sure.

[00:02:07] And if somebody says, well, it was 30 gallons a minute when we drilled it in the seventies. Well, you know what? They probably only ran the well for one hour and it's the last two hours that are really hard on a well, so do not accept a number if you see it in writing, unless it was in the last six months.

[00:02:43] You also might need to drill a new well that sometimes happens.  So if that does come to pass during your escrow, there's lots of people that can help you with that. Okay. And it's not to panic. You just have a little longer escrow, you got to negotiate the price of the, the new well or the drilling or the extension or whatever it is.

[00:03:02] Okay. So the, so the first thing is domestic use water out of your well, and that's different from what you do, your big crop or animal watering with. So Southern Oregon is blessed with a fabulous ditch system. All around our Valley. We also have a lot of waterways, the rogue river, the Applegate river.

[00:03:23] We've got creeks and streams. And so you can have deeded irrigation rights, and this is for your yard. You don't drink this water. You give it to your animals, you use it for your crops, you use it for your garden. So, that water can also be tested. A lot of people don't know this, but the labs actually have what's called an irrigation package and you can, you can have that water tested for certain chemicals that your crops or animals might be sensitive to.

[00:03:50]So that became really popular when we had our little cannabis, boom. We like to call it the crop de  jour because Southern Oregon, has a different crop every so many years it's popular right now. It's hemp. Before that it was cannabis before that it was vineyard.

[00:04:04] So et cetera, et cetera. So any way your ditch water gets turned on, usually in the early spring, it comes from the snow melt. This year, it's a little dry. So it got turned on late, but you have access to that water so many hours a week, and, and it's deeded to the property. And so if you're going to have any kind of, animal or crop, or even a large garden, you definitely want to get irrigation rights.

[00:05:00] So those are the two qualifiers for keeping your water rights. If you find that you've lost your water rights or the property you're interested has lost the water rights you can petition the particular district that takes care of that address.  And only they can tell you how long you'll have to wait.

[00:05:17] Sometimes you can bribe a neighbor. You can actually buy a few acres of water from somebody else. So there's a lot of that kind of water trading going on, but it all needs to be documented and you should get a copy of all that,  while you're in escrow so that you can see first it's been paid. And used, and that it is going to actually transfer with your property.

[00:05:37] And even if you're not super excited about it, you want to keep it because it makes the resell way more valuable here in Southern Oregon. So our first topic was well domestic use water. Second was irrigation for your yard and animal irrigation. Third is septic. Now we've had a lot of properties go in, be developed like in the fifties, sixties and seventies.

[00:06:03] And they had really kind of sketchy septic containers. You know, I've seen some that were just like old tank, like old gas tanks. Some people had things made out of clay, is like people just made it up as they went along now. Nowadays our department of environmental quality, Oregon DEQ has standards.

[00:06:28] And especially if you're near a waterway, they're very fussy, but it's for the protection of not only the environment, but also for the people who live there. For example,  back in the day, you could put a septic, I think 50 feet from a well, and nowadays you can, it needs to be further. It might need to be a hundred feet.

[00:06:45] Well and that's just common sense. Right. But, but anyway, so DEQ has a great website. You can see what all the current septic standards are and there's different kinds of septics. And every once in a while, when we have a, property being sold, the septic is not repairable there's there's leaks, there's cracks, or it's just so far gone.

[00:07:06] There's nothing anybody can do. And you have to have a new one put in. So the trick with that is locating because the standards are different. Now you need to have not only space for the tank itself, but you also have to have space for a brand new leach field. So all of that can be kind of complicated.

[00:07:24] This is partly why I'm a big fan, if you own a real property and you're going to sell it, yeah that you do all that as part of your due diligence that you give the buyer. Consider that one of the inspections that you give to the buyer from the beginning, get the septic tank pumped, get the tank inspected.

[00:07:41] That's a separate step. There's like a seven page report and then get the drain field scope so that you can give all that to the buyer. And, and plus then, you know, you don't have an $11,000 shock in the middle of escrows and, possibly lose your buyer. So that's our third, thing to look for in a rural property is the septic system.

[00:08:03] Now the fourth is outbuildings and we love our outbuildings. We have barns, we have shops, we have this, we have that. So one of the things people sometimes want to do with their outbuildings is live in them and that's not necessarily allowed in the country. And I know that doesn't make sense all the time because you think, well, it's wide open space.

[00:08:24] There's hardly anybody here, but the County doesn't want high density living in the rural districts for the most part. So, we just don't normally have second kitchens, like full kitchens with a stove in the County. We have very fancy wet bars. We have guests suites, we have, kind of studio apartments without the cooking device and the County usually accommodates that.

[00:08:51] So I've actually seen some pretty fancy guest quarters in shops, with Theater rooms and showers and washer and dryer and all that, but no stove. And that's kind of the way the County wants to do it.

[00:09:05] There is a possibility of having a second building put on to live in as a hardship. But there's real specific, ways of doing that. You have to have two doctor's letters. We had one person denied because they had a lot of children and they wanted to put the older children in the out building. And the County said, no, that's not considered a hardship. Having too many children is not a hardship.  And it does need to be a medical situation.

[00:09:35] So a lot of our elders can sometimes live with us in our country property, but as soon as the hardship is dissolved, and that could either because they moved or they passed away. Then you have to remove the stove or what they call decommission that building. So it's not a dwelling. They just don't want people having a bunch of, kitchens and, and extra high density living in the country.

[00:10:03] So that's our third is the outbuildings and the zoning. I'm sorry. That was our forth. Our third was septic. Our fourth is outbuildings last but not least we're going to talk about boundaries. Fence lines because you know what fence lines are not always on your property boundary. And the best way to know for sure is to have a surveyor.

[00:10:27] And I know people don't like paying for this, but at least pay them to go out and find the four corner pins, because we just did this for somebody a couple of weeks ago, and it was only $400. It was only a half acre property. And you know what? Their property was actually two and a half feet bigger than the fence. Now the neighbors a little bit out of shape, but lo and behold, at least it's documented.

[00:10:51] They can put the fence in the proper place. And, everybody now knows, you know, who owns what? So just a reminder, fences are not always the property line. And when you're buying a rural property, I highly recommend you don't have to have the whole thing survey, but at least pay the guy or the girl to go out and find the pins of the four corners and flag them, and then maybe do a drone aerial, take pictures, something like that so you can document it.

[00:11:20] Okay. So those are our five tips, before you buy rural property.And again, if you already own rural property, it doesn't hurt to do these things every so often as well. So the first was well water for domestic use, check into that. Second was irrigation rights, ditches rivers, streams, waterways, for your crops and your animals. Third was septic, especially if you're in a waterway because DEQ is pretty fussy about that. Fourth was going to be outbuildings. Can you live in them or not? And how fancy can they be? And fifth was fence lines. They're not your property line a lot of times. Okay. So those are our five tips for living in rural property.

[00:12:24] That's part of why we're here in the meantime, have a beautiful Southern Oregon weekend. We'll talk to you next week. Bye now. 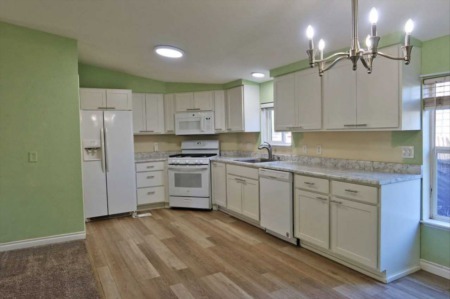 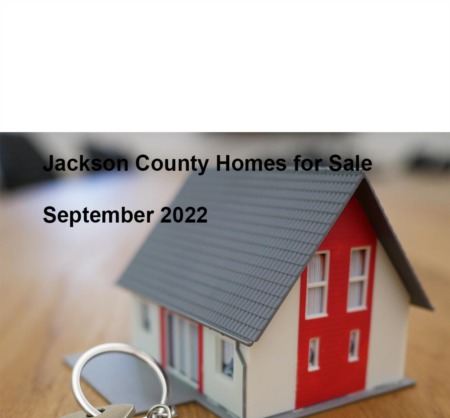 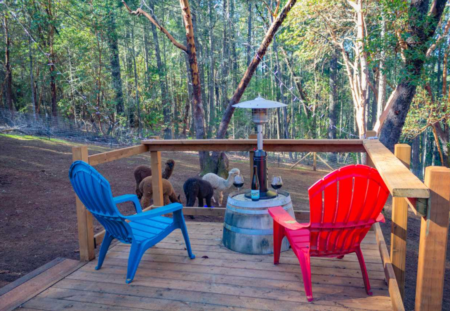