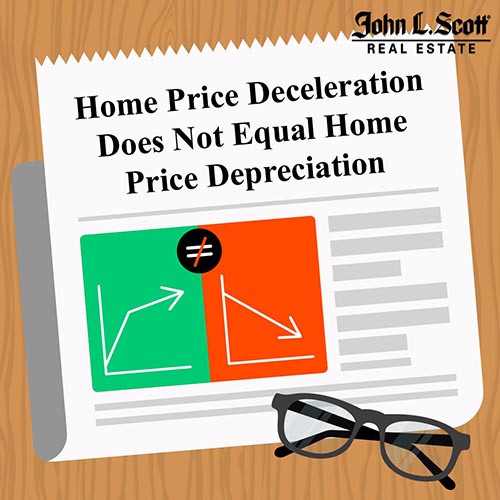 [00:00:00] Well, good morning. Real estate fans, Alice Lema, broker John L. Scott, beautiful Southern Oregon with another edition of the weekly podcast. Today, we're gonna talk about the housing market. Is it decelerating or depreciating? Huge difference. So before we jump to that, I wanna give you a quick second to subscribe to the channel, give us a like. Give us a thumbs up. Also feel free to send some questions, comments as always, you can share your friends and family. And if you need to speak to me privately, just text or. 541-301-7980.

But, and I'm not trying to make this sound better, cuz those of you who know me know, I don't do that. I don't butter things up. I wanna be factual. I wanna look at the data and we got some great charts from KCM today. Keeping current matters, one of my favorite websites. And I wanna talk about the [00:01:00] difference between a housing market or any market for that matter, the difference between decelerating and depreciating and the jury's out as to how it's gonna end up.

Right. But right now, We're not seeing a depreciation. And here's why, so let's talk about some definitions. Appreciation is the glorious amount of equity. We've all enjoyed the last two years. Prices going up in the housing market our property is being worth buckets and buckets of money more. That's appreciation.

Depreciation is when we lose value. So if you start losing value, like in the crash of 2007, 2008, 2009, depending on where your finances were. That's depreciation values go under, and then there's deceleration. Deceleration is when we're still going up, but we're not going up at the pace we were. And that's kind of where we're at.

We're looking to stabilize, you know, a lot of markets in the United States, definitely here in Southern Oregon. [00:02:00] So people are taking lower offers, but they're not losing. That's the difference deceleration. It's like, if you take your foot off the gas, you're still moving or you don't have your foot on the gas so much, you're still moving. You're just not moving as fast.

Like, you know, when the state troopers are nearby, you, you go the speed limit. None of us do that though. Right? Right. So anyway, that is the difference in the market. And these definitions are important because we're getting a lot of panicky phone calls and in most cases, We're overreacting right now by thinking we're going into another housing crisis.

Again, I'm not Nostradamus. I'm not saying that won't happen later, but right now it doesn't look like it. It just looks like the prices, the price increases are gonna slow. But I wanna show you this graph here from keeping current matters, because it has the appreciation of the of the housing market [00:03:00] in the last few years.

And we have a nice steady clip from 2012 to now. So that's like the last 10 years. And we didn't go back any further because that was the weirdo housing crash, the credit crash, whatever you wanna call it, but you can see we've got a nice clip. And then we had an accelerated appreciation, ridiculous amounts of appreciation folks.

That's not normal. You can't keep that going. That's not sustainable. So deceleration taking your foot off the gas, a little is normal. It's normalizing. It is stabilizing. Now, if something else happens in the market or the world, and we do end up going below our values, then that will be depreciation, but we'll see it coming.

We'll talk about it. We'll have some tips, but right now that's not what we're thinking is happening. Okay. But you can still call me, we still talk about it. I know there's a lot of, lot of jitters out there. It's hard to watch all this stuff. And then, you know, the interest rates going up again. [00:04:00] Point seven five.

Oh, golly. Gee, I don't know what they're thinking. So, but we've also got experts, people that are economists national, super smart people, and they're thinking that the inventory that's coming on, the more houses that are getting listed are good. They're healthy. They're gonna get scooped up. There's still buyers out there.

And the buyers that are out of the market temporarily are either taking themselves outta the market, cuz they think there's gonna be a crash. We just don't think so. Or there's buyers that wanna save up more money or get a cosigner or something so they can go out and get that house that they wanted.

But I've watched houses that would've sold here for. $750,000. And that's a bucket of money in Southern Oregon. That's like lots and lots and lots. Lots of money. But now we're looking at like $650,000, but it's not like they're going undervalued. They're just not as high as they were. So please keep that in mind, take a deep breath.

If you have concerns, call me, text [00:05:00] me. We'll talk about it. We'll go over your individual situation. But I still think it's a great time to buy, especially since we have more choices. There's so many more houses on the market now. And we're seeing even, even with these interest rate increases, we're still seeing people wanna move.

In fact the podcast we were talking about last week, I'm thinking there's gonna be more sales, just because more people are willing to put their house on the market, cuz they have a place to go. But that was last week's podcast. I wanna go over that again, but I just wanna show you these graphs. The home price appreciation, the huge spike we had during the shutdown and then you know, the, the predicted prices for 2022.

There are predictions, but we talk about this every week, so we're gonna be on top of it, but it, but it kind of looks like it's gonna be okay. All right so depreciation is different from deceleration I'm of a mind, in my opinion, we're in deceleration mode and that it's healthy and it's good. I do not like how the federal reserve bank is doing this.

I don't like the [00:06:00] trauma it's causing. I don't like the fuss, but I'm not in charge and they don't ask me my opinion. But so I just wanna be on the record. I don't like how this is going down, but I do watch it and I do try to prepare people. And so if you're buying, I say, get your ducks together and go out and get something especially if you don't have something already.

And if you're selling, as long as you have a place to go and your number's pencil. Forget about the emotion. Forget about I wanted X number of dollars, and now I can only get this much more, but I'm still making money. If your life would be better by moving by selling your house by buying something, then go with that.

Go with your life. Go, go with makes your, your life better. And if you really can't make it pencil, then please don't do it. Cuz that's bad. That's super bad. All right. So that's the podcast for today. Please let me know if there's anything I can do. I'm around all weekend, a happy, happy father's day to all the folks that act as father are [00:07:00] fathers.

Even if your kids are all grown up like mine. So yeah, enjoy the weekend. Hug those you love. Take a deep breath. Call me if you need help, talk to you later by. 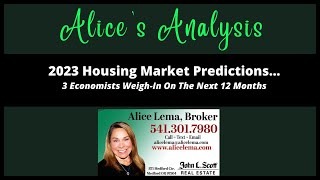 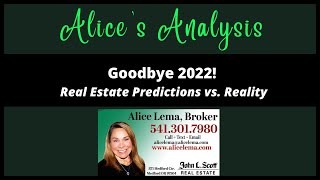