Full Video Transcript Below
Alice Lema: [00:00:00] Hey, good morning. Real estate fans, Alice Lema here, broker John Scott with another edition of the weekly podcast. Today, we're gonna talk about sleepy sellers, add some bossy buyers, top it off with over 6% interest rates. And what do you get? You get market gyrations you're not gonna believe. Wait to hear the stories. Your, your jaw's gonna drop.

Okay. Before we get to that quick minute, subscribe to the channel, if you're not already. And if you are thank you so much, it really helps send a like give us a thumbs up, questions and comments love those. And if you need to speak to me personally, privately, there's a number up there somewhere 541-301-7980. I'm around. We can have a little chat about what you wanna do next in your real estate life.

Okay onto the podcast, sleepy sellers plus bossy buyers sprinkle on over 6% interest rates, we have market gyration you're just not gonna believe. Okay. So if you haven't heard the interest rates went up again, you know, they're now over 6% and that's, that's the cheapest money you [00:01:00] can get for mortgages. That's that's owner occupied, residential, which means regular people buying a regular house or small multifamily. That's two to four units. So residential buyers get the best interest rate. They get the lowest down payment, they get preferential treatment because some forces in the world still want home ownership and you get rewarded for it.

Not being political, just, you know, matter of fact, doesn't feel like everybody wants to support home ownership anymore. So, but that's a different podcast moving on now what's happened is, you know, this week that happened with the rates going. Again, so fast and so high, we just wiped out another parfait level of buyers.

There's like, whew, they're off that price point. They've been ratcheted down again. We've been through this before. I mean, we're gonna adjust. It's gonna be fine. And Southern Oregonians, especially, we're fine. We groove with whatever life throws at us and, and we, and we go on.

But [00:02:00] these buyers that just got pushed down again are upset again. They're disappointed again. Some of them are outta the market completely cuz they can't buy something or they can't buy what they want in their price range. And I get it. I, I would be the same way. I'm not being critical. I'm just telling you the emotion is over the top. So then you get these, these sleepy sellers, I call them where they're just kind of like Ladi, dah.

They're not doing their price reductions. They're not improving their property. They're not making it shine. And, and they're not responding to the feedback they're getting from their showings. They're just kind of, well, you know, if I get an offer great. If I don't, I'm fine. It's like, well, you had a life moment where you wanted to change something in your life.

That's where I got my motto. Change your address, change your life. You know, somehow this move was gonna make your life better. What the heck let's get on with it. So I just see a lot of sleepy sellers out there. So we just wanna shout out to the sellers, [00:03:00] please be proactive and have a different game plan in case you don't sell your place. Or you just can't stomach the prices, then get outta the market. Take it off the market, rent it out, let your kids stay there. Use it as a vacation home, Airbnb it, if it's allowed, whatever, just have a plan.

Okay and now you gotta throw in these bossy, bossy buyers. I call 'em. I feel like the, the market conditions are creating like these little monsters and we, we call them lovingly bossy buyers. So here's, what's happening in the big cities, because I'm just obsessed with what's going on in the big cities and then wait for it to trickle here. So we have this phenomena. Even though it's not really officially a buyer's market.

The buyers are so emboldened right now. You know what they're doing? Please sit down and hold your stomach, cuz you're not gonna believe this. And it's happening in a lot of the big markets like the, the New York and the, and the Dallas's. And [00:04:00] the one I was watching was in LA the. One's up north Portland, Seattle, Bay area happening in the Bay area. Saw one happen in the Bay area this week.

Okay, here we go. The buyers are renegotiating three and four days before closing. I know let that sink in. Three or four days before closing the buyers are trying to take another bite to the apple, except they're not taking a bite to the apple. They're taking a pound of flesh. They're trying to, and I just wanna go on the record, I do not approve of this practice. I think that's dumb. If it's okay to be that strong, I think that's really dumb of a buyer to do at the end. And I don't know where the integrity is in that. If you want a better deal, then do it earlier on don't come back three or four days. First of all, your jeopardizing, the whole transaction. What if the seller says go pound sand. I'm not giving you fresh floors. I'm not giving you [00:05:00] early access. I'm not giving you a lower price. You know, what if, what if they say no, you're jeopardizing everything.

And as a buyer, you know, the, the same rule applies. You wanted to change your life by bringing this address into your life. You know, what are you doing? Screwing around with it at the last minute? I just think that's really, really dumb, but people do it. So now that I'm watching this happen in these bigger urban markets. We just gotta be ready in case it happens here.

So the point is if you're selling, then I think you should be ready for this because there's nothing worse than being caught by surprise. And this is such a strange practice that when it does happen, you're just like what . So being prepared is everything. So just let it sink in. If you're selling, let it sink in. Imagine it's happening to you. And what are you gonna do about it? Some of your protection as a seller is having alternative outcomes planned. Like you [00:06:00] didn't tie all these big life events in a tight little row with these tight little dates and all these people, depending on this happening, loosen it.

Separate the event of closing from whatever the next moves are. And I mean, move like the next, the next steps. So separate that if you can, that is your best protection as a seller and be willing to go back on the market. Be willing to say no. And if you really can't, then try to figure out where the bottom line is for you. Cuz if you're already at your bottom line and they come and do this, literally three and four days before closing, what are you gonna do? You're gonna be caught off guard.

Buyers again, I can't say it enough. I don't think this is a good idea, but if you're gonna do it, be prepared for the seller to say no, and you need a, an alternative game plan. But I just. I don't know most buyers that do this. It's more about ego. Yep. That's what it's about. They just wanna brag to their friends. Yeah. I went [00:07:00] back and I got another $500 off. It's like good grief was it worth it? Yeah, and sometimes these negotiations at the end, end up extending the escrow. Not just a few days, but sometimes they go longer.

And that's problematic for everybody, especially if you're getting a mortgage, all those documents are dated and blah, blah, blah. So anyway, the, the bossy buyers they're out there were watching it happen. So be prepared and then the sleepy sellers, see if you can get you know, get a little on track. Or at least have a good sit down and think to yourself about why you're on the market, what you hope to achieve and what your next life move is.

So the other thing that's happening in the market is we're finally getting a different kind of seller. We're getting some, some new listings on the market, and these are not sleepy sellers. They're fully awake. They know what they're doing. They want to get their property sold to get on with the next step.

And so they're kind of undercutting, not just price they're [00:08:00] undercutting the value. So that's the other market gyration we're watching. And we're seeing a lot of that here, as well as the bigger urban markets where the sellers that are coming on now, they're like a new breed. They've got energy. They're ready. They did their inspection. Their place is clean. It looks good. It smells good. They're considering all offers. They're not dinking around going I don't know. I wanna do this. We've had people here in Southern Oregon get full price offers and then go, I don't know if I wanna do this. And it's like, okay, but the market's not gonna be better tomorrow than it was today.

Just saying, and again, wanna reiterate, we're not talking about a crash, at least not right now. We're not seeing a crash, but it's like the market softening. We've got all this other competition and the closings are slower. And there's fewer this time now than there was this time, last year.

And some in some, we've got [00:09:00] three counties in, in Southern Oregon Jackson. County's down 37% in closings from this time last year. This week Josephine county's down 20%. In Klamath county is down 27. Part of it is just that the buyers are struggling. And part of it is there's more listings and the listings are on, on the market longer.

So yeah, so sellers that are putting their house on the market now ,they're ready to rock and roll. And I think that's raising havoc with the people that started a month or two ago, you know, the sleepy ones. So, anyway, that's kind of what's happening this week in Southern Oregon real estate land, sleepy sellers and bossy buyers, our little monsters. We still love you. 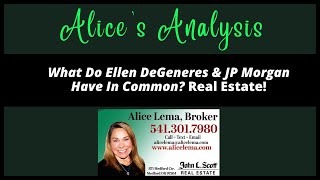 What Do Ellen DeGeneres and JP Morgan Have in Common 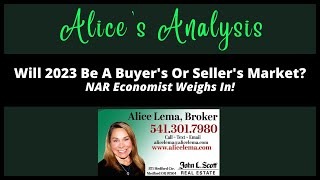 Is 2023 Going to Be a Buyers or Sellers Market?

Is 2023 Going to Be a Buyers or Sellers Market? Full Video Transcript Below Will 2023 Be A Buyer's Or Seller's Market_ NAR Economist Weighs ...Read More 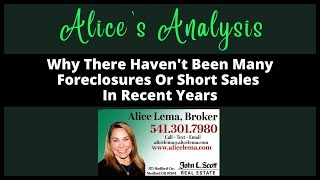 Why Haven't There Been More Foreclosures? 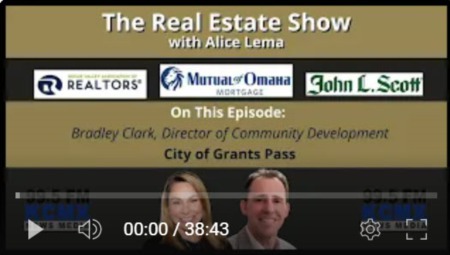 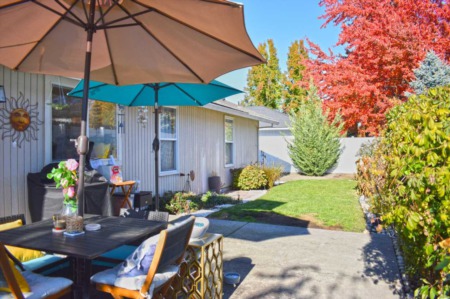