Southern Oregon Market update Jan. 2021
Below is the transcript for the video 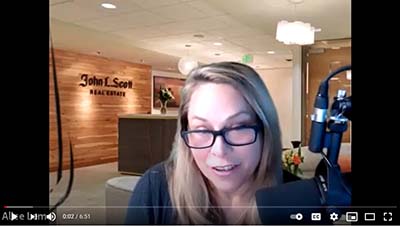 Alice Lema here, for John L. Scott Southern Oregon here to talk about 20, 21. This is my podcast and want to say Happy New Year to everybody. Um, we're in our first week of January and we made it through 2020 somehow. It was hard. What a lot of weird stuff happened. And my heart goes out to everyone who struggled with the COVID, who had issues with the shutdowns, um, who just got sick and tired of being home.

It was, it was tough, but thank goodness we all had each other. And a lot of that's behind us. We're still waiting for stuff to open up, but. What an impact on local real estate. you know, we've been talking off and on for the last nine months about how the prices went up, especially in the rural districts.

Um, because we had so many people from, other places trying to, uh, flee basically from their situations or the parts of the country. And we also have a lot of locals that just wanted some more elbow room and just wanted to be out and feel a little more, um, in control of their own environment. Um, so literally have been watching prices go up $30,000 to a hundred thousand dollars.

And they are just going to take their 30 or a hundred thousand dollars and either go buy something else or they're going to leave the area. So we have a lot of that relocating somewhere else from here to somewhere else. So many of our relocators, whether they're coming in or they're adjusting locally.

Property taxes. That's the big, hot word. People in Jackson County are kind of tired. And if they can work remotely, as we all learned how right, uh, then they are taking their little bag of money and going somewhere else. We've had people going to Klamath County. We've had them going to Merlin, which is up in Josephine County.  We've had them  go outside of Merlin, up into Sunny Valley.

And, some of the, uh, corridors on, on the way to Eastern Oregon, the big, the big buzzword internet  - do I have high speed internet? So you can literally look at the houses that sold on a map and you can see like an invisible line where they have cell phone. Uh, and internet, like there's an invisible price line.

So it's going to be interesting coming to 2021, but I just wanted to run some numbers by you in our three counties. Uh, and this is a non-commercial, commercials, a whole other thing we're going to talk about because all the folks that were in shutdown that couldn't keep their businesses going or keep their commercial spaces going.

Okay. That is not doing well. And we do have kind of a wave of, of, uh, those properties coming on the market right now. We saw it starting to happen over the holidays. Now there's going to be kind of a big, a big amount of them, but going back to kind of the residential, the non-commercial, the non-business, uh, so last year, Uh, 2019 and the three counties cause we're tracking Southern Oregon, Jackson County, Josephine County, and Klamath.

Uh, so last year our sold volume was about 5.5 billion with a B. Can you believe that? So then Oregon sells billions of dollars of real estate. Yeah, at least 2019. We did a, so you want to guess what 2020 was. I'll tell you, cause you can't guess - 6.9. Yeah, 6.9 billion. It does not include commercial. So if you add the commercial, it's probably a much bigger number.

Um, and maybe we'll talk about that on our next podcast next week. So for now, just wanted to let you know if you ever thought of selling there's so few properties on the market right now, you'll do really, really well. And you can call me. You can text me 541-301-7980

And we can literally get your house on the market as quick as a week. Um, the photographers are able to do that, but we'd like more like seven to 10 days, but if you really are in a hot hurry, we'll make it happen for you. And if you just want to kind of talk about possibilities and different things that, um, Options you might have in 2021.

And now that the election is all over, but we still kind of don't know what kind of an economy we're going to have. There's a lot of predictions, but it all ties into our local real estate market. And since I work both counties and I work all kinds of different properties and I buy and sell my own stuff, it's, it's really kind of an interesting time.

Uh, with the predictions and what I think is going to happen in the different pockets in our local markets, um, that are going to do well. And some that aren't. So, uh, please reach out. Uh, we will be sending, uh, updated values, uh, called CMA's. We are going to start doing that on a regular basis. I will be sending it out to you.

So, but for right now, I just want to say Happy New Year. Thank goodness. 2020 is gone. It's going to be a fabulous new year. This is our first newsletter and we'll always have a little Alice's analysis, a video blog at the top. And, um, yeah, we're going to dive deep into some really interesting topics. We're also going to have a lot of nuts and bolts, uh, how to take care of your house, what you do, if there's a problem.

Um, if you get yourself in a jam, if you've got insurance issues, we're going to talk about all kinds of things as the year goes on. So, um, thank you for your time. Thank you for your support. We care about each and every one of you. And I know it's been hard and if there's something I can do this, let me finish up on this.

There's something I can do to help you with a new business. If you're looking for a job, we do make phone calls for people. We’ll try to send out resumes if we can. We'll put you on Facebook, if that feels appropriate. So if you're starting a business, let me know. Cause a lot of people are having to, you know, kind of pivot in their job situation because of what happened this last year.

And if there's something we can do to help promote you, we'd love to do that. So, um, big virtual hugs to everybody. Bye now. 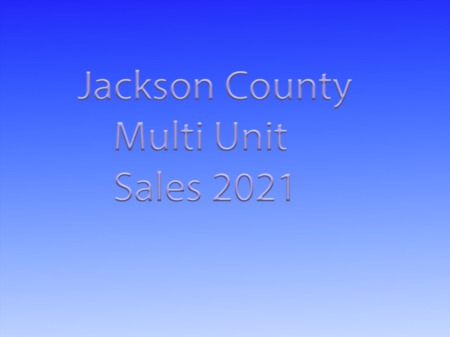 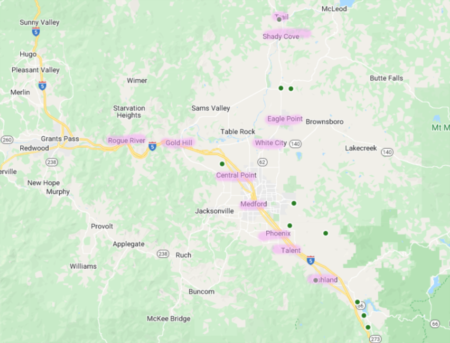 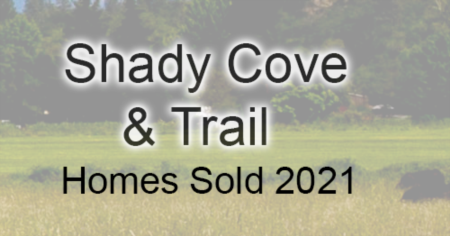